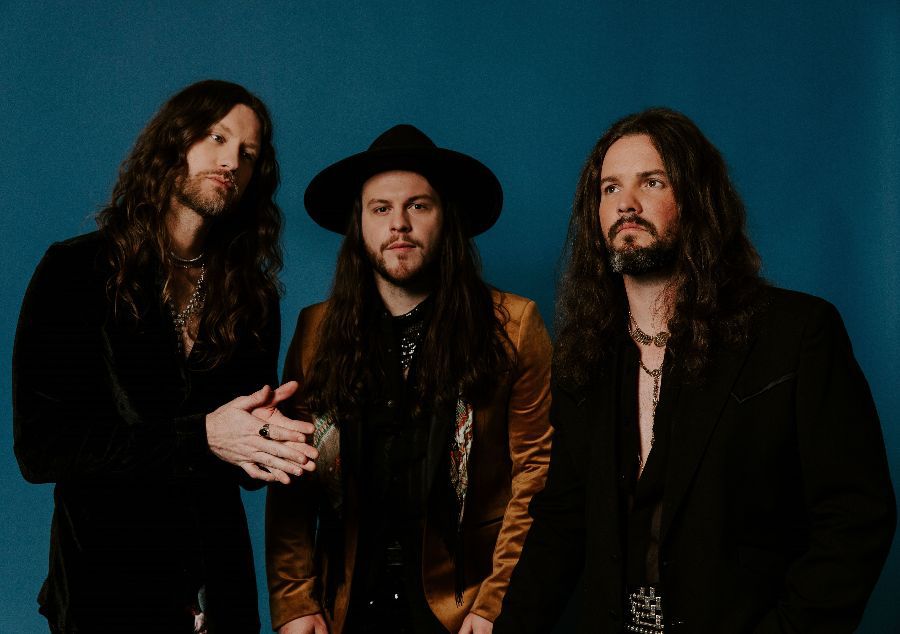 Nashville rockers Goodbye June are kicking off the new year with a positive mission statement via their brand new single “Stand And Deliver”, taken from their new album 'See Where The Night Goes' (due for release 18th February 2022). Listen to the track here.

An inspiring track that spurs the listener to show a cruel world the tough stuff they're made of and prove that no one can steal their dreams away, “Stand And Deliver” boasts a driven, rising riff, bold bass groove and a chorus that bursts with anthemic vigor.

The band, formed by tight-knit cousins Landon Milbourn (vocals), Brandon Qualkenbush(guitar) and Tyler Baker (guitar), comment: "'Stand And Deliver' was Paul Moak’s [their five-time GRAMMY nominated producer who produced their Billboard #30 MainstreamRock single “Oh No”] favorite rocker on the record. It has an immense energy that makes you want to get into the ring and fight [the infamous rival of Rocky Balboa] Ivan Drago.”

The band has faced more than its share of adversity, having formed after the sad passing of Tyler's brother, lived through the darkness of the COVID-19 pandemic and faced the destruction of the Nashville tornado of 2020 whilst they were working on bringing 'SeeWhere The Night Goes' to fruition. “Stand And Deliver” comes from the heart and soul of what Goodbye June is built upon: finding light and life in music and sharing it with anyone who'll open their ears to them.

Reflecting on the pressures that created this diamond, the band say: ““Stand And Deliver”ultimately became the anthem for this entire album. With so much uncertainty during the time it was written and recorded, we really didn’t know whether or not we would ever get to travel and play music again, honestly. It was a very strange and lonesome time and that’s basically what we used to fuel the attitude and lyrics to the whole song.”

The new album 'See Where The Night Goes' offers up unstoppably rhythmic rock'n'roll anthems, awe-inspiring vocal passion and monumental guitar riffs, all rooted in the southern flavors that the band members were immersed in as they grew up together.

'See Where The Night Goes' is available for pre-order worldwide on signed, limited edition colored vinyl, black vinyl and CD at earache.com/goodbyejune.