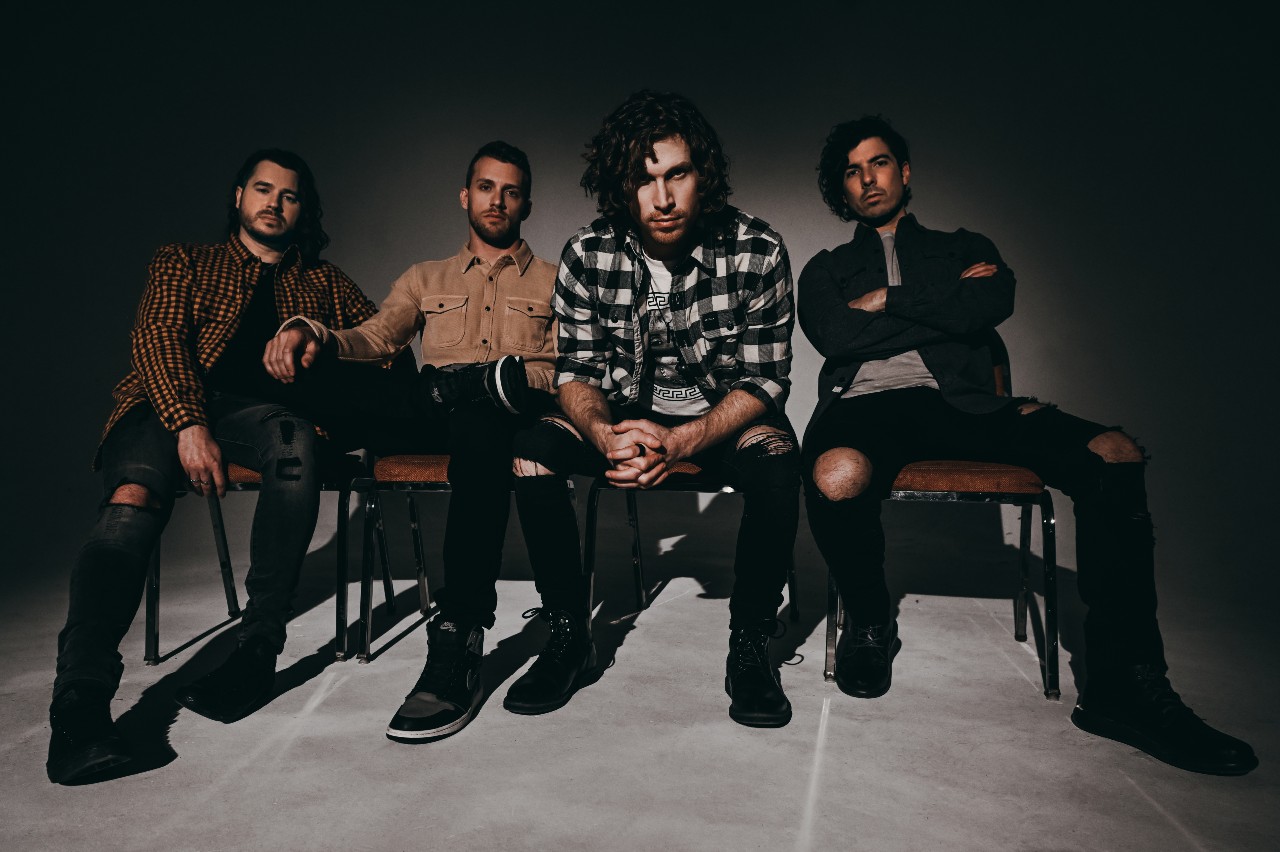 Three-time Grammy-nominated rock outfit NOTHING MORE’s latest studio album SPIRITS is out today (October 14) via Better Noise Music across all platforms. On their new album, SPIRITS, NOTHING MORE—Jonny Hawkins (vocals), Mark Vollelunga (guitar, backing vocals), Daniel Oliver (bass) and Ben Anderson (drums), pair unapologetically massive anthems, catchy hooks, and progressive music with introspective, philosophical lyrics and thought-provoking emotionalism. From the Top 5 Active Rock charting lead single “TIRED OF WINNING” and its fan-driven extended version “TIRED OF WINNING / SHIPS IN THE NIGHT” to fist-pounding banger “TURN IT UP LIKE” and their most recent impassioned single “YOU DON’T KNOW WHAT LOVE MEANS,” SPIRITS documents the impact the past two years of lockdown and turmoil has had on the world, capturing society’s desperation, mental health struggles and self-realizations. Inspired by philosophers including Alan Watts and Carl Jung, NOTHING MORE have also launched their own meta-personality test, “SPIRITS TEST,” developed by Hawkins, which measures psychometrics to determine your “SPIRIT TYPE”—a personality description that shows your correlating elements, paths and perceptions.

Singer Jonny Hawkins shared, “This album is a mass experiment to see which SPIRIT TYPES connect to particular songs on the record. Go to spiritstest.com and then listen to our new album.”

In their latest music video for “BEST TIMES,”NOTHING MORE stress the power of living in the moment. Directed by award-winning filmmaker Robyn August (“Party With Me,” Snoop Dogg, Pitbull, Set It Off), the video displays the band’s unique mix of rock balladry and the full-on rock that the band is known for. The “BEST TIMES” music video can be seen now via YouTube or streaming below.

“This song is a living reminder to live in the now,” shares Hawkins. “Often the best times of our lives escape us, unrecognized and unappreciated in the moment. It’s not until time passes that our mind reveals what our heart always knew.”‍

NOTHINGMORE are currently on tour alongside Sleep Token and In This Moment throughout October 24 including appearances at some of the country’s top rock festivals (Aftershock Festival, Blue Ridge Rock Festival, Rocklahoma, Inkcarceration and Louder Than Life). Their incendiary live show has been acclaimed by critics in recent reviews who’ve praised their performance as follows:

“It’s impossible to not be drawn in by the band’s electric stage presence, stunning musicianship and the songs themselves (which everyone knew by heart of course).”
- ATLAS ARTIST GROUP (6/20)

“If any rock concert in recent memory is sure to leave a lasting impression in my mind, it will certainly be the day Nothing More graced The Wellmont with their energetic, unapologetic, and absolutely electric performance. This is the kind of rock band you need to see with your own eyes to believe, and once you've experienced their eclectic performance for yourself, you will have a higher standard for rock concerts as a whole, if any other band has the hope of keeping up with Nothing More.”
- ASBURY PARK VIBES (5/31)

#with In This Moment|
*NOTHING MORE headlining