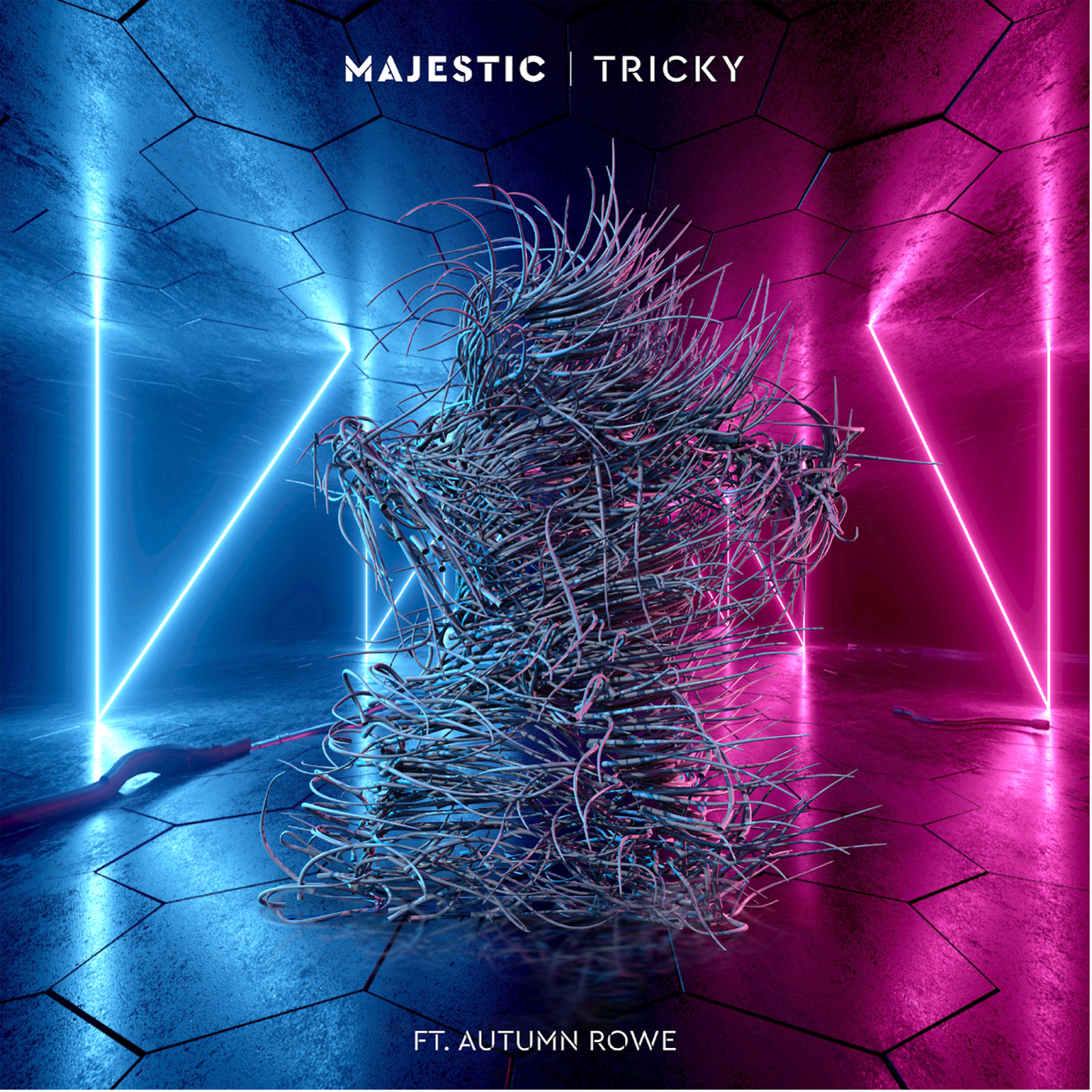 Majestic has joined forces with US artist Autumn Rowe on new single ‘Tricky’’, out 7th January.

2021 was a breakthrough year for DJ producer and Kiss Radio host Majestic, which saw him release x3 singles on Ministry of Sound. His success was highlighted by the global smash hit ‘Rasputin’ with Boney M. The record collectively achieved over 2M global sales, 300M+ streams, is Platinum in x3 countries,Silver in x7 EU territories and is Gold in the UK with over 400K sales. At Radio, the track reached #1 on the Commercial Radio AirplayChart with A-Lists at Heart, Radio 1, Kiss and S-List at Capital.‘Rasputin’ was a native Tik Tok banger and the Majestic version has over 510M views on the platform.

Crossing into a multitude of dance music genres, from UK Garage and house to D&B and Dubstep, Majestic has performed with the likes of Sigma, DJ EZ, MJ Cole, JudgeJules, and Laidback Luke. He pioneered an all-new concert-rave hybrid known as LIMITLESS, selling out five shows in London and also taking it to Mallorca’s iconic BCM, Ibiza and Malia. A high-quality remixer, he has previously reworked tracks from Craig David, Preditah, Kaskade and many more.

A singer-songwriter, TV personality,DJ and activist hailing from New York, Autumn Rowe is best known for writing the song ‘Happiness’ by Alexis Jordan with producers Stargate and Deadmau5. More recently she collaborated with fellow New York artist Chris Malinchak on his single ‘The Wah Wah Song’.

Majestic kicks off 2022 with the same buoyant energy that he carried through the previous year.