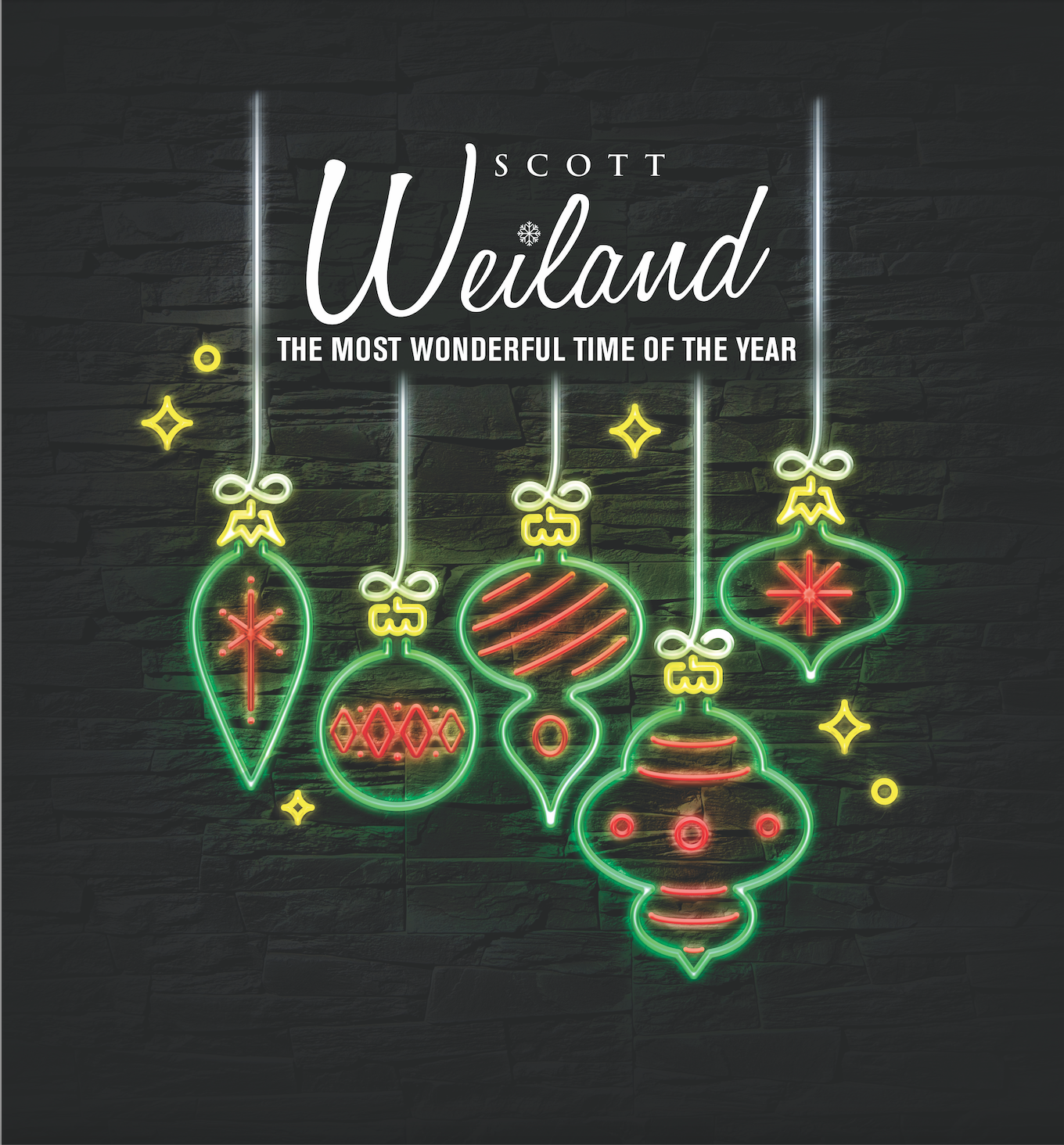 THE MOST WONDERFUL TIME OF THE YEAR DELUXE EDITION

LOS ANGELES – Inspired by celebrated crooners like Frank Sinatra, Bing Crosby and Nat King Cole, Grammy® winner Scott Weiland recorded a deeply personal album of holiday standards in 2011 titled THE MOST WONDERFUL TIME OF THE YEAR. The original 10-song collection has now been expanded with four unreleased recordings for its vinyl debut this holiday season, marking the first posthumous music to be released from the Weiland vault.

One of the previously unreleased tracks featured on the Deluxe Edition is Weiland’s stirring cover of John Lennon and Yoko Ono’s anti-war anthem, “Happy Xmas (War Is Over).” Sadly, the song’s message is as relevant today as it was when it was released in 1971. A new lyric video for Weiland’s version of the track featuring family Christmas photos can be seen HERE.

A new holiday yule log featuring the full audio from the Deluxe Edition set to visuals of a cozy fireplace has launched today. VIEW HERE.

The other unreleased tracks debuting today on the Deluxe Edition were recorded at Weiland’s Lavish Studio during rehearsals for THE MOST WONDERFUL TIME OF THE YEAR. They offer alternate versions of three album tracks: “White Christmas,” “Winter Wonderland,” and “Have Yourself A Merry Little Christmas.” In addition to the bonus tracks, the Deluxe Edition also features newly updated album artwork.

Initially, the idea to record a holiday album grew out of Weiland’s 2009 performance of “Have Yourself A Merry Little Christmas” on “The Tonight Show With Jay Leno.” The singer said Sinatra’s legendary 1957 recording of the song, which featured an orchestra conducted by Gordon Jenkins, inspired his take on this sentimental favorite.

Likewise, many of the songs on THE MOST WONDERFUL TIME OF THE YEAR share similarly lush orchestrations, including horn and string arrangements by Michael Birnbryer and Jessica Catron respectively. Weiland adds his honeyed baritone into the mix on timeless classics like “The Christmas Song,” “I’ll Be Home For Christmas,” “White Christmas,” and the title track.

Elsewhere on the album, Weiland delivers some surprising reinterpretations of holiday standards with his reggae version of “O Holy Night” complete with steel drums, “Silent Night” propelled by a spritely bossa nova beat, and a jazzy “What Child Is This?” The collection also features the original “Happy Christmas And Many More,” a song Weiland co-wrote with Doug Grean, who also co-produced the album with him.

THE MOST WONDERFUL TIME OF THE YEAR: DELUXE EDITION