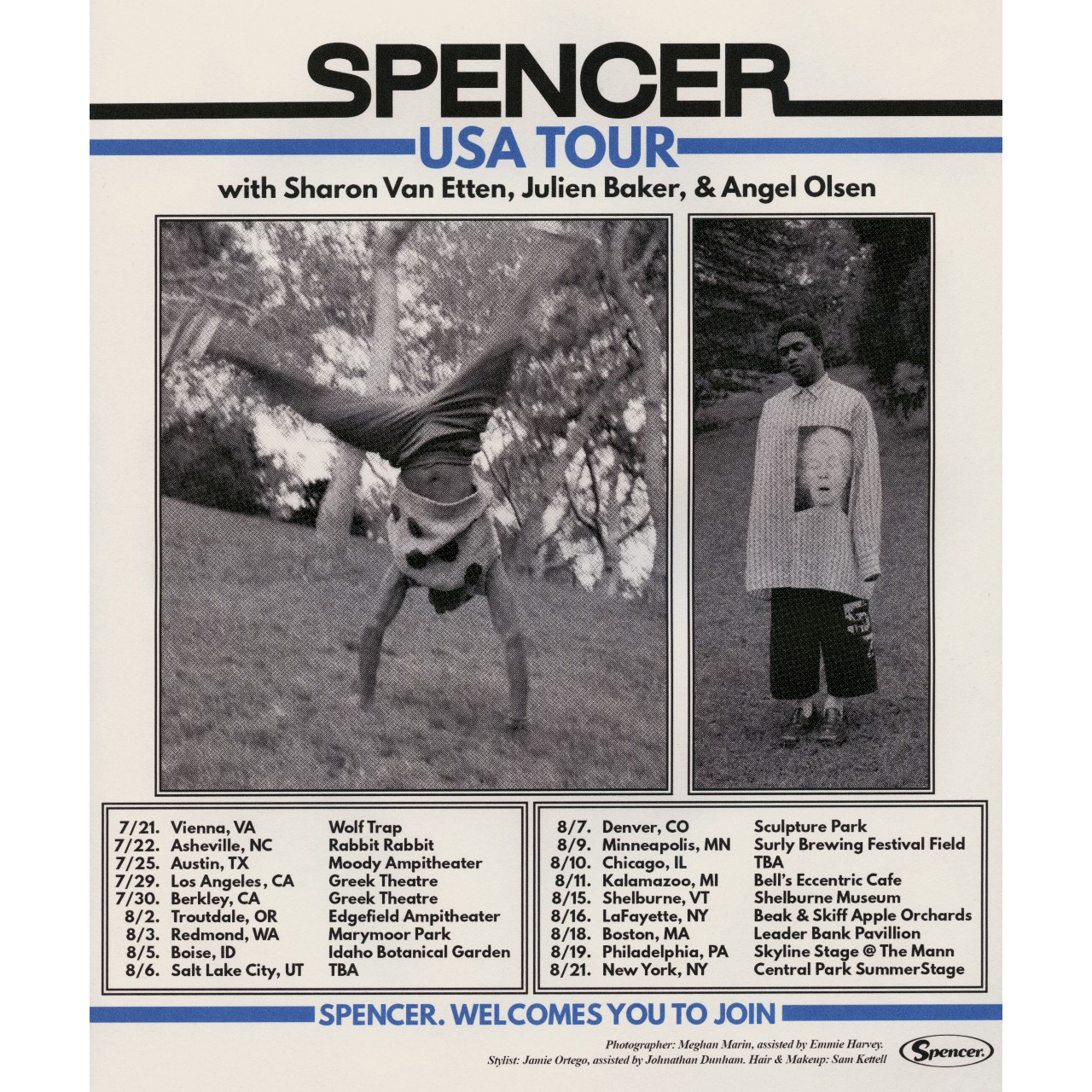 Sharon Van Etten, Angel Olsen, and Julien Baker announce The Wild Hearts Tour, an epic co-headlining tour that sees these three legendary songwriters, all known for their incredible, cathartic live performances, playing across North America this July and August. The tour consists of mostly outdoor venues, with the exception of the legendary Ryman Auditorium in Nashville and Massey Hall in Toronto. Each artist will play with their own respective band. Tickets are on sale this Friday, January 14th at 10am local time, and special guest Spencer. will support on all dates.

“I’m so thrilled to be traveling and playing music alongside Spencer., Julien Baker and Sharon Van Etten. It’s truly a dream, something to hold and share collaboratively as we get out from under the last few years. I know for fans it’s something different and special too, and for me, it’s sort of like a caravan summer camp-a chance to get to know other artists in a deeper way and talk about music and life and how it affects us all as we move forward. Most of all, I am excited to sing live again, in an open and real way, both alone and together with my tour mates."
- Angel Olsen

"Sharon and Angel are artists that I have genuinely admired for many years and whose music has honestly informed much of my own writing and music making, and I’m thrilled to be sharing a stage with them every night. I think after interacting with their recorded work separately so much, it will be special to get to learn from them as we share the space of performance."
- Julien Baker

“Our aim is to strengthen our respective communities and promote camaraderie in the music world in a safe and enjoyable environment. We have carefully chosen the venues we think will deliver the best experience for us and our fans. I look up to Angel and have the deepest admiration for Julien and Spencer.. It is an honor, to say the least, to be able to share the stage with such talent on a tour across North America.”
- Sharon Van Etten

Last year saw Van Etten and Olsen collaborating on “Like I Used To,” a true knockout and one of 2021’s best songs. As Entertainment Weekly noted in their Best Songs of 2021 list, “Thundering pianos, amud-thick bass line, those body-shivering wails — ‘Like I Used To’ has enough electricity to power its own citywide grid. This commanding duet sees two of the greatest songwriters of their generation spitting free-formed phrases and spinning their wheels.” Additionally, Baker released Little Oblivions, one of 2021’s most praised albums. Jon Pareles’ commented in his Best Albums of 2021 list for the New York Times, “Brave, ruthlessly self-indicting . . . [Julien Baker] played all the instruments herself, scaling her sound up to arena size and chiming like U2, even as she refuses herself any excuses or forgiveness.”

The Wild Hearts Tour has partnered with PLUS1 so that $1 from every ticket will goto support people rebuilding their lives after incarceration.