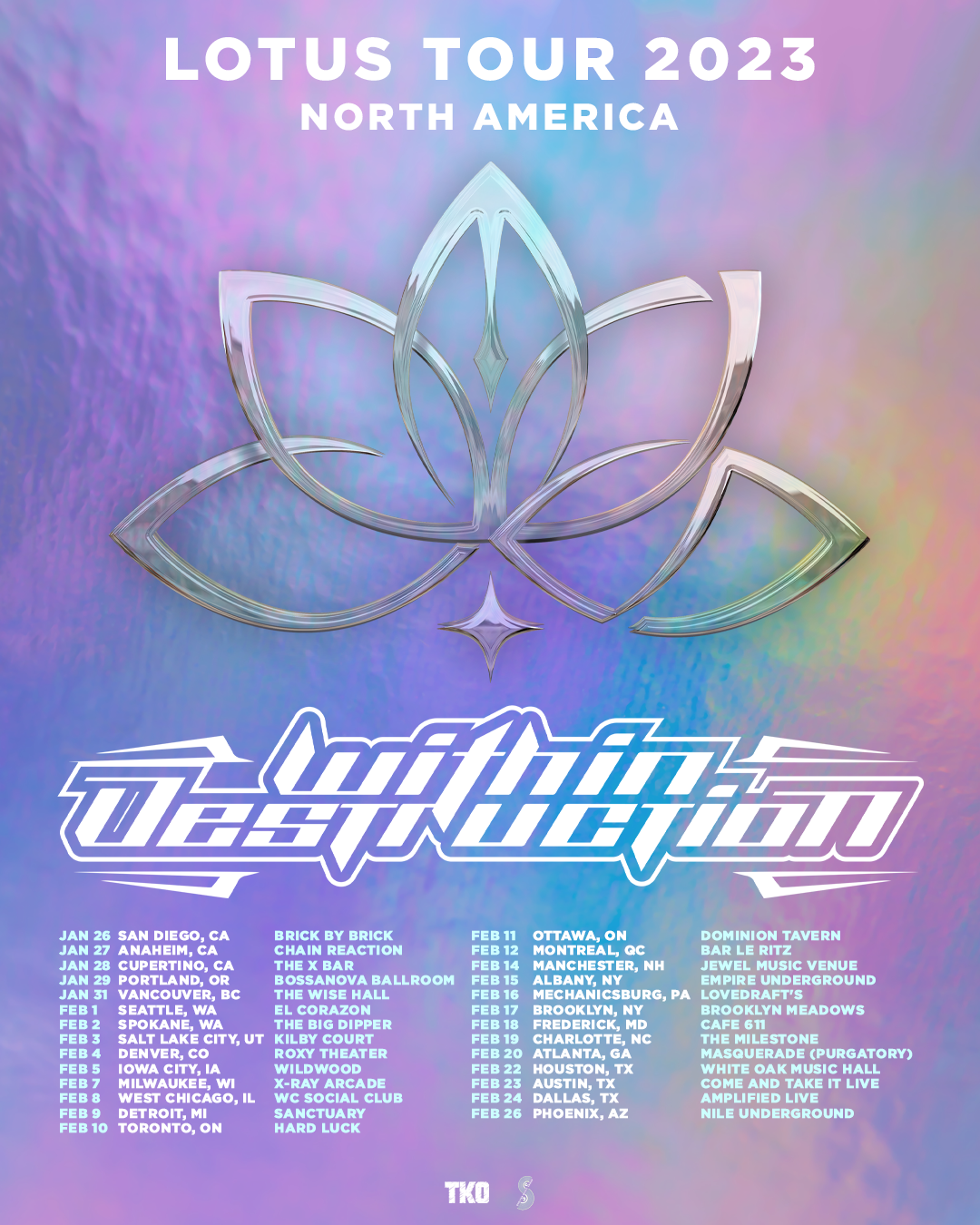 Within Destruction have announced the dates and venues for their first ever headlining tour of North America, which will begin January 26th in San Diego, CA. The band will be touring in support of their new album ‘LOTUS’, which recently debuted on Billboard’s ‘Top New Artist’ and ‘Current Hard Music Albums’ charts, among others. Support acts for the tour are set to be announced on November 11 - tickets and VIP packages are on sale now at https://tix.soundrink.com/tours/within-destruction

Within Destruction are the masters of keeping their listeners guessing. Following hot on the heels of their acclaimed 2020 album ‘Yokai’, it was hard to guess what the Slovenian outfit would do next, but latest singles “Nightmare”, “Survival”, and “Dying World” have shown a whole new dimension to the band's sound, gaining the band many new fans whilst cementing their already impressive fanbase.

“Toxic” continues Within Destructions new release cycle and is out on the 23rd September 2022. The album ‘Lotus’ then drops on 30th September 2022. Over the campaign, the band has already had support from Metal Hammer, Rock Sound, Triple J, and more. The band has already surpassed 24 million streams on Spotify alone across their previous releases and have no intention of slowing down. Fresh from touring Asia, Australia, and USA, the band head out on an extensive UK/EU tour to promote the album, dates below.

Speaking about ‘Toxic’ drummer Luka Vezzosi says : “TOXIC, while on the surface it might not appear so, is a track with one of our most well-thought-out choruses. We believe it’s one of the strongest and resonant songs of the LP. For this reason, we have also decided to portray this track with a music video, which was recorded in Bangkok, Thailand during our Asian tour in July 2022. The lyrical concept depicts by the mental and physical struggle induced throughout unhealthy relationships and the subconscious desire to endure the suffering for the sole sake of companionship, even if it is a toxic one.”

On the upcoming album ‘Lotus’ Luka continues: “LOTUS is a composure of several genres which intertwine and overlap throughout the entirety of its duration, some of them which we've never explored in the past. We have challenged ourselves to deliver something completely fresh, while also keeping a hint of our “trademark” WD sound within every track of the upcoming album. One of our main goals was to give each individual track its own flare. To achieve that we have put an abundance of effort into vocal production with the attempt to make them sound as versatile and memorable as possible. Apart from that we also set the sound and production bar higher than we’ve ever done with the past releases. With the help of our producer Federico Ascari and audio engineer Jeff Dunne we've created what we believe is our catchiest and most enjoyable album to date.”